It was the weekend, finally; a bright, beautiful Saturday morning, and we were sitting on the garden bench, sipping our coffees, talking quietly. Except we weren’t talking about nice things.

We were having the same conversation that we’d been having for months. My dad’s final stage cancer, his medication, how much weight he was losing, what to cook for him next because both his menu and his appetite just kept getting smaller and smaller.

And as conversations do, it shape shifted into other things, like bills that needed to be paid, our corrupt president, all the mundane tasks that had to be done, how little time there was to do it all.

‘Do unicorns poo?’ he asked, playing along. ‘They definitely do.’ I replied, imagining a perfectly coiffed pile of multi-coloured goo that wouldn’t look out of place on top of a child’s birthday cake.

‘That must be lucky poo.’
‘Very fuckin’ lucky poo. Like, if a bird poops on you and it’s good luck, can you imagine how lucky it would be if a unicorn pooped on you?’
‘You’d win the lotto.’

The conversation was so ridiculous we had to laugh at ourselves. It was the first time I’d laughed in weeks.

It totally lightened the moment, lifted the dark clouds. Our intense focus on something light, no matter how stupid it was, shifted something within the both of us. And suddenly we were laughing at the antics of the dogs. Suddenly everything they did was hilarious.

I gazed up and noticed a flock of starlings watching us. Then the swallows came. The garden seemed to thrive around us. Life was everywhere. It always had been … we just hadn’t noticed it.

The rest of the weekend danced into an even lighter week. Although nothing in my daily reality had changed, I had shifted. My perspective had changed. And I’m learning that sometimes that’s what matters most.

From now on, when times are dark, I try to think about unicorn poo. At the very least I feel a smile tugging at my lips and I know things will get better. That things won’t always be so dark. Because hey, we’ll always have unicorn poo. 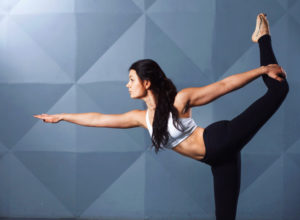