Social media is alive right now. Alive, pulsing, glowing. With women’s voices. With women’s marches. Women’s injustices. Thousands, hundreds of thousands of women all over the world are walking, voicing, standing, fighting for, believing in a place where we, finally, are equal.

Women everywhere, in echo of the anthemic words of 19-year-old spoken word artist Nina Donovan, performed with such exquisite ferocity by Ashley Judd at the recent Women’s March in the US, are becoming ‘nasty’.

Not as nasty as ‘racism, fraud, conflict of interest, homophobia, sexual assault, transphobia, white supremacy, misogyny, ignorance, white privilege’. But nasty ‘like the battles my grandmothers fought to get me into that voting booth.’

Women who may have once been ‘nice’ and quiet before, are rising again with an intense, unpredictable, and fearless disruptiveness that matches Ashley Judd’s captivating performance. And it’s a beautiful thing.

BECAUSE for far too long far too many of us been silent.

Because it’s easier to be silent than to constantly push back the injustices, the vitriolic spew that keeps pounding in at us wave after wave. Because even on the ‘innocuous’ levels, even before we hit the towers of violence, abuse, and pay gaps, we’re undervalued, disrespected, objectified, and violated every single day. Purely because of our sex.

It’s easier to be silent because even the average everyday man doesn’t think sexism exists. Or if he does, he doesn’t think it’s a problem. Mostly because he doesn’t ever have to know what it’s like to be dismissed just because the idea came from a being who happens to have a vagina.

He doesn’t ever have to bow down to corporate dress codes that dictate the size of his heels or the length of his skirt. Or to know what it’s like when the husband’s best friend keeps grabbing his boobs. Or to have every single emotion attributed to a monthly cycle. To be asked if he really thinks he screamed ‘NO’ loud enough.

He doesn’t have to experience misogyny. To feel what it’s like to have to fight daily just to be heard, to be taken seriously, to feel safe, or to find justice when the violence does come. Misogyny will probably never be real to him. But it is real.

It’s real on every level. From the innocuous to the elusive to the downright blatant and incontrovertible and deeply, devastatingly awful. And even for those of us who don’t consider ourselves as activists or warriors, we still need to call him on it. We need to call him. Even on those innocuous, elusive levels. Maybe especially then.

misogyny starts with perception. It ends with a woman oppressed, beaten, raped, killed.

I’m not saying that the guy who thinks that ‘Hey babe, come sit on my face’ is an appropriate pick up line will roofie some woman’s drink one day, but he’s probably exactly the kind of guy who’ll say that the woman in the short skirt must have been asking for it. Or he’ll be the kind of guy who’ll watch that online video of the naked, unconscious teenage girl being violated by a group of men. He might even share it. At the very least, he’ll be the guy who doesn’t see what ‘all the fuss’ is about when the public outcry ensues.

But here’s the thing guys. We know exactly how you get when we call you on your bigotry and unwanted sexual advances. We know that the more we push back, the crueller you become. We know your snarling insults and your ruthlessness. But they won’t drown us. They won’t quell us.

You’ll never silence us. All you’ll ever do is build us a podium.

Because we didn’t just call you on it last night. Because we’re calling you on your bigotry, your misogynistic behaviour, your small-mindedness, your racism and discrimination and bullshit all over again. In the light of day. In the big, wide, open.

Because believe it or not, we’re not after female supremacy. We’re not fighting for an opposite to male supremacy. We just want a world where we are all conscious enough to hold light for each other, not a place where we tear each other down. We want a world where all beings are deeply respected. Men. Women. Children. Our elders, our planet, and every living creature on it.

Until then, we will speak the truth. We will be a voice for those who can’t or won’t or don’t. I, for one, may not do it very eloquently. Or as gracefully as I’d like to. Or even very tactfully. But silence is acceptance. And I am a nasty woman. I am battle born.

The Hush-Hush Heartbreak Of Miscarriage 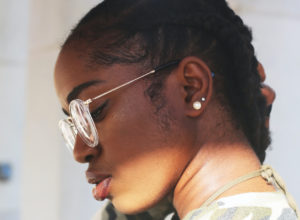