I’M surprised it’s taken me so long to write this. People are normally a lot more impatient with other people’s lives. You know the drill. Go on one date with Tim* from Tinder and it’s all ‘Omigdwhenareyouseeinghimagain’, then Tim and you move in together and people are making drunken bets on the proposal. Ring securely on finger and it’s ‘whens the date, where’s the venue, show me photos of your dress!’. Sheets are still damp from the Honeymoan consummation and the pregnancy questions start happening. God forbid you ever go on detox or skip a drink, because sure as Trump grabs crotches all assumptions will be on the fact that you’re knocked up. So, my shock at having not really been asked by too many people about when another baby is coming is quite evident.

Then, as much as other people are desperate for your uterus to be full again, there’s also that fine line between ‘having a 2nd baby too soon’ or – god forbid -‘having more than 2 babies at all’. So I guess 18 months is the safe zone when the chats start happening. At first it was one or two comments about “sooo, whens the next one?” or “are you thinking about a second?” but lately it’s become a gush of words. I’m barely in the door before someone looks at Carter, looks at me and asks about my ovulation cycle.

I get it. Pre baby you speak about the weather. “Hey Susan, jeepers it’s hot out hey?”. “Gosh yes Carole, so warm for this time of year”. After kids, things change. “Hi Susan, how’s that basal body temperature and your ovaries, all good?” “Sup Carole, they are so swell! I can’t wait to put another fetus in there!”.

I’m at that stage of motherhood when the topic of baby number 2 is now becoming more and more prevalent and something to actively think about. Just the other day, while at a braai, I commented to my husband about how Carter needed a friend (as in a friend at the braai. To play with. At the braai) to which he replied “Oh, I’m happy to start trying for a friend for him if you are”? To which I replied by opening up a 4th bottle of wine.

So, in order to help me – and anyone in the same boat – decide if now (or ever?) is the right time to have another human, I’ve put together a little list of Pros and Cons.

• Financially one child will ruin anyone not earning eleventymillion like Zuma. School, education, food (“don’t throw that banana on the floor Steven! It cost me R4!”), clothing, presents, trips, marie biscuits. It’s a no brainer that having a second child would probably mean I would have pink floors in my home for the rest of my life.
• Time has always been an issue for me. I do too much, work two jobs, write this here blog, exercise, see friends and have a hundred other hobbies that give me great joy. I live on the brink of ‘pretty sure tomorrows the day I crack’, so a second kid would probably mean a constant state of anxiety and stress. Also, my photography. The last and first few months of pregnancy and having the kid would put me out of action. Which means even less income.
• Space. Where would it sleep? In the spare room? We wouldn’t have a spare room. Oh shit, we wouldn’t need a spare room. Who wants to sleep over when there are two small children running around?
• My attention span with one kid is about as short lived as no-carb resolution so I often wonder how I would cope with two kids. I’ve already proven that I’m not the most excellent mother I thought I would be, so would I be doing more harm than good bringing another life into this world?
• Am I thinking of having a second child for the right reasons? Am I doing it because I have a sibling, because two is that nice round number, because my in-laws want more grandkids?
• It’s a battle and a half to find a babysitter as is, so would anyone even want to look after him if it was him + 1?
• Fat. Ya, still am, shit myself for getting even more so.

• I’ve only ever pictured myself with two kids. It feels so right, like something would be missing of we didn’t at least try. Two kids can play together, entertain each other, klap each other on the head and then blame the other one. Two kids will also (hopefully) have each other to lean one when Barry and I kick that proverbial bucket.
• Carter would make an excellent big brother. He is obsessed with babies and giving loves and hugs and I would want to see how he is with a sibling. He’s also somewhat needy and demanding of our attention and I wouldn’t mind him using a brother or sister for that role.
• We have the stuff already, so technically it would be as expensive the second time around… would it?
• I loved being pregnant (weight aside) and those 4 days in hospital after having him were some of the best days of my life. It makes me sad to think that’s the last time it would ever happen. Also, I could totally perfect my newborn photography skills on the next one!
• I love being a mom to my son. I never knew watching a small human learn, grow and engage could ever be as rewarding, humbling and wonderful as it is.
• Everyone else is doing it, some as many as 4 or 5, so why am I so worried? Everyone also says that you just make it work, and that their second child filled a void that they didn’t even know was missing.

So, whilst I’m very far away from actually trying, I am now thinking. And drinking. Because I’m really terrified of another 10 months sobriety.

*No Tims were met, laid or married in the making of this blog post.

This piece was cross posted with permission from Kate’s blog Rupert Approves.

Read next: The Perfect Response When They Pester You To Have Children

When All You Can Do Is Crawl

The Healing Journey Of A Mad Woman 8th November 2017

There Is No Shade In Beauty

The Healing Journey Of A Mad Woman 16th March 2020

The Healing Journey Of A Mad Woman 6th April 2020

Why You Should Try Art Therapy 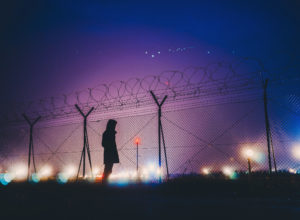 Are We Going To Stop Accepting This Violent Madness As Normal?