An account on being black, female, and managing one’s mental health in corporate South Africa

Working in corporate South Africa as a black woman is tough. Forget the fallacy you have been fed about how we are the unicorns of BBBEE, and how we’re allegedly taking all the jobs. If that is really happening, then it is happening begrudgingly. Those in power resent the fact that they need to include us to help us balance things following the fallout of what I hope we all agree was an abominable system which placed us (Black Women) at the lowest rung of the ladder.

Today, I want to tell you about the complexities of being a black woman, being resented for it in the workplace, and having major depressive order to boot. The fact that I am still standing and able to tell this story with hope in my heart is testimony of how awesome I am. Yes, I will say that, not to perpetuate the strong-black-woman trope that is used as an excuse for even more abuse, but because I really can testify that I have overcome some of the most rubbish things that anyone could encounter at work, and to this day, I continue to fight the dragon of inequality.

One of my stories involves a time when my former psychiatrist and I were trying new medicines to manage my condition. What a terrible two or more years that was. During that time, I endured the worst kind of anxiety I had encountered in a long while, and the psychiatrist just wasn’t getting it right. Anyway, at work (a new job), I was not my usual self, and I felt it. The woman with the cheerful demeanour, who enjoyed engaging people around her in witty banter, was fading. A light within me was dimming, and instead, compulsive suicidal thoughts haunted me.

It didn’t make sense to me. Why would I, having acquired a new job and moved to a new and sunnier place, feel this way? These are points I would belabour with my former psychologist and psychiatrist, and we just never hit the mark. They both failed me, unintentionally so, but they still did.

When things got really bad, the suicidal thoughts beckoned harder than they ever had, and becoming increasingly more difficult to resist. At this point in time, I realised that I needed immediate intervention, otherwise I may have given in just to silence the thoughts that haunted me.

A friend of mine recommended that I book myself into a voluntary psychiatric facility, and I did so. By the way, my psychiatrist at the time failed me in this regard as well. He could have facilitated the process, but instead resolved to assist me when he was back in the office, thus completely failing to identify the urgency of the situation. It was a relief to have a friend inform me that I could do it myself without referral.

When I got to the facility, I learned that I had been on the wrong medicine. I had been given a generic version of the medication which I was supposed to be on, at half the dose that I should have been on. Plus, I learnt that the reason for my inexplicable anxiety was due to imbalanced brain chemistry. Obviously, I was on the wrong medication. Thankfully, the medicines my new psychiatrist prescribed started working, and in no time, I began to feel like myself again. Alive, energetic, happy.

I stayed at the psychiatric facility for 21 days as I got the necessary interventions to get me back to good health, but, during that time I was not expecting the cruelty that awaited me on the other side of my hospital admission. On the day that I booked myself into the facility, I had sent my line manager a message explaining that I was hospitalised due to depression. In the past, I had been candid about my diagnosis, and the fact that I was being treated for it. Sadly, it would seem that he did not explain to our department manager that I was hospitalised, and when I got back to work, our department head made it clear that he felt that I had let the team down by being sick. This idea of me letting down the team would continue to follow me whenever I got sick, even if I just had a sore throat and needed a day off. I was just never forgiven for taking time off to heal and be a better contributor to my team.

Being a black woman in the corporate world is challenging enough. Being open about a mental health diagnosis has its own set of challenges. Being both can feel almost impossible.

The crux of the story, and why I am writing this, is because one of the things that happened when I returned still disturbs me to this day. My department head called me aside to a meeting room, and ‘confided’ in me about an anxiety problem he had which he was taking medication for. This was the lure, but I was blind to it at the time. With that story he had set a trap for me to share my account. I shared that I had been suicidal, and that I needed intervention for it. I thought that would be the last I heard of it, and life would go on with ME 2.0 having discovered new tools, which I still use to this day, to deal with my depression and anxiety. I hoped our discussion would evoke some empathy in him, and that as a result he would stop viewing me as the one who let the team down. Instead, in the ensuing days one of his friends from the management team came to me to offer me sympathy over my condition. What a violation! I was furious. Yes, I live with major depressive disorder, but that is not who I am.

What he did placed a filter on me that I still struggle to evade to this day. I am seen as difficult, and a let down to the team, and I even have the receipts to prove that this is how I am perceived. Department Heads have come and gone, each handing one another the baton which perpetuates the idea that I weaken the team. Nonetheless I choose to focus on the other receipts. Receipts like the one where a colleague commended me for cracking a client who was previously difficult to please, or the colleague who always made it a point to brief me on every project he got because he felt that I put the most effort into my work. Not forgetting the team mates who approach me when they need help because I am more helpful than those very colleagues who choose to perpetuate a lie.

Let them say what they have to say in their ivory tower. I know who I am. I am Black, I am intelligent, I am competent, and an asset to anyone who relies on me. That’s who I am, and I am sticking to that.

Let us all know who we are. Let us all find strength in that very fact.

Read this Letter Of Love For Our Darkest Moments

You Don’t Abandon Someone You Love (rubbish!)

My Obsession With My Silhouette 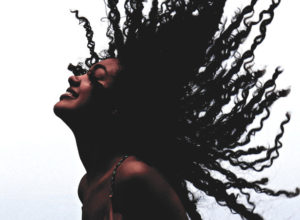