I did it. After years of agonising about it, I finally came out about living with a mental illness called bipolar disorder. And now that I’ve opened that door, the flood of all the things I’ve wanted to share for so long is pouring through me.

I was diagnosed ten years ago by a doctor who finally, finally! listened to me. I’d always known there was something wrong with me. Chronic Fatigue Syndrome aka Yuppie Flu? Hypoglycaemia? Hypothyroidism? Season Affective Disorder? I just couldn’t figure out what it was. Nobody could. This was partly because I never told anyone about my manic episodes.

I mean, I really didn’t think the highs were a problem. The highs were exhilarating. They were wonderful (sometimes). Okay, they weren’t particularly good or healthy for me, but what did I care? At times I was bold, brave, daring, smart, wild, fun, amazing, I was the Lizard King, the Goddess, I could touch the stars, I could do anything, everything, I didn’t need sleep, I didn’t need help, I didn’t need to eat, I was superhuman and I was going to change the world. Who wouldn’t go along for that kind of ride?

All that was normal for me. To be flung from one intense emotion to another was life as I knew it. And so I never brought it up.

What I did desperately seek help for, was the utter debilitation of the lows. When, for no reason, I suddenly didn’t have the energy to get out of bed, to brush my teeth, to hold my back up straight, or even to keep my eyelids open. When my head felt like it was stuffed full of cotton wool, when I couldn’t string a coherent thought together and a massive, heavy, cold, dark, grey hand dragged me down from within my own body.

The intense flush of relief to finally know what was wrong with me was almost instantly mired in the bizarre depths of such a deeply oppressive sentence. Crazy? Oh my God. Crazy. I was crazy. Officially. Fucking. Crazy. What? What? What?!

I’ll never forget how the earth fell out from under my feet on that day. How my blood went cold. How everything changed. Suddenly everything made sense. And then, just as suddenly, it didn’t.

My entire identity, unbeknownst to me up until that point, was wrapped up in my disease. I was fiercely creative. And fiercely emotional. ‘When I’m happy, I’m fucking happy. When I’m down, I’m fucking drowning.’ That’s how I used to describe myself to people. And of course, I would rather throw myself into a field of drawn swords than not to have the freedom to express myself creatively.

And as if that wasn’t enough, when I went home and started researching bipolar, what little remained of the earth beneath me crumbled away when I discovered the link between bipolar and creativity. And now fucking what? Was I bipolar because I was creative? Or was I creative because I was bipolar?

And how was I supposed to tell all this to my family? My boyfriend?

I’d never felt so found and so lost on one day.

But somehow, 10 years later, I’m still here. And somehow, not lost. These are my ever-so-slightly wiser words to the little messed up me on the day I found out I was bipolar …

My love, you might feel like the ground has cracked like a sci-fi movie and fallen out from under you, but you’re gonna find your ground again. Even better my love, you’re gonna build that ground. Your own ground. With a stronger, deeper, gentler sense of self than you’ve ever had before. You will finally come to know who you truly are, and not only will you eventually accept yourself for it, you will love yourself for it. And that’s something you’ve never, ever had.

You are surrounded by incredible love and deep support, your family and friends love you for who you are, your boyfriend understands you better than you understand yourself and has become your biggest fan and what you now call your ‘strongest medicine’.

Because you just are.

You just happen to be bipolar.

Read next: Don’t Tell Them You’re Crazy. Oops. I Just Did.

People Are My (Bipolar) Medicine Too

Dealing With Bipolar Highs: A Full Bouquet Of Emotions

Fight Club: When Couples Step Into The Ring

The Healing Journey Of A Mad Woman 13th January 2020

Meditation Is Not Just For Hippies

Where Are You In All This?

These Are The Good Days 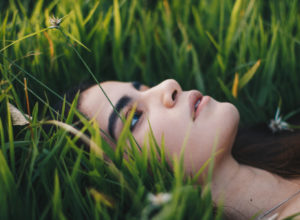 A Letter Of Love For Our Darkest Moments