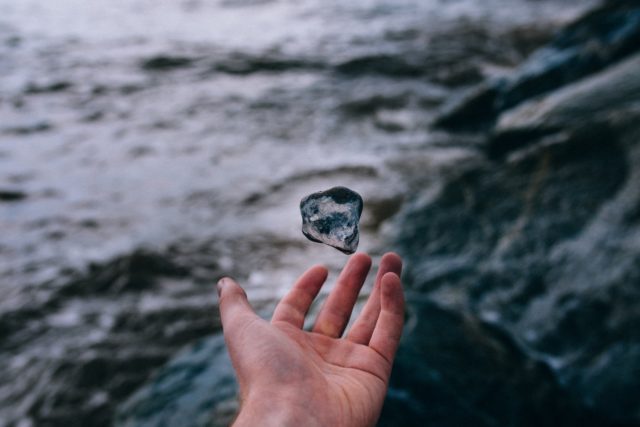 We often struggle with letting go. We get attached to people and places and objects, and assign value, meaning and symbolism to them. It makes for a rich life.

After a time however, we are often gently pushed (or traumatically forced) to let go of the old things to make room for new adventures, companions or projects. It’s hard.

And the more energy we expend on something, the more value we assign, and the harder it is to let it go.

I realised this anew during a mindfulness exercise a group of us did recently as part of the Soul Time Collective. We each spent time close to water, for a few minutes connecting to and pouring love, compassion and healing into a rock we found there, before being told to throw that rock into the water.

Surprisingly, I found it very hard to let go of that rock. I wanted to hold on to it, take it home with me, treasure it some more, have it as a memento of a beautiful, expansive moment. In just a few minutes, the rock had become part of me, a valuable thing, not to be thrown cavalierly into the water. I loved it and felt that it loved me back.

I thought it was just my legendary attachment issues showing up, but after some struggle, I did throw it into the sea.

Once the others started sharing their own experiences, this became a little sub-theme, mentioned as a by-the-way footnote to the beautiful stories and moments. ‘Throwing the rock into the water was the hardest thing to do.’ ‘I didn’t want to let it go.’ ‘I actually took it with me and only went back the next morning to release it’. ‘I picked up a second rock.’

Objectively speaking none of these rocks were special. And yet, they became very special, because we unreservedly loved them for a few minutes, so much so that most of us struggled a bit to let them go.

But these were just rocks we picked up among thousands of other rocks. Intrinsically, if you think about it, normally we walk over rocks, stepping on them without even noticing them. They are not really things we treasure or value or individualise.

Once we loved them, and in that moment, these rocks however, really became some of the most special things to us in all the world, as expressed so eloquently in the story of the Little Prince and his rose.

So much so in fact, that I cringe to type the words that they were not special and the same as thousands of other similar rocks.

The reason I’m telling you this: If we found it this hard to let go of a rock we’d only loved for a few minutes, we need to all honestly cut ourselves some slack for finding it hard to let go of a loved one when they pass away or a relationship ends or we hang onto the mountain bike we never ride anymore or those pants that we bought that never fit right.

The whole exercise turned out to be a mini-version of real life, where we spend ‘a moment’ loving something deeply, and then in the end there comes a moment for that brief interlude of togetherness to end. It always comes and it’s probably going to be unwelcome.

In the end, it is in letting go that we receive. There is a push and pull, a give and take, a tango of attachment and detachment, an ebb and flow of connecting and then letting go. The more gracefully and gratefully we can dance with that truth and let go of that which we’ve loved or love still, the more abundantly we can be in flow with what life is about.

Letting go does not destroy the energy we put into people, projects or objects, or the love that we felt for them in that moment.

Even though the togetherness, the walking together ends, does not mean the love ends.

Love is eternal, even if it is, well … for a rock.

Read next: This Is How You Connect To Your Heart

Being Honest With Yourself Looks A Little Like This

Are You The Butterfly Or The Caterpillar?

Week By Week: Our Lives In Hormones 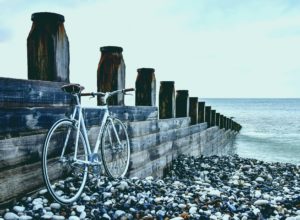 Balance Is Not A Bicycle