I get the #metoo hashtag. Yes, we’re still talking about it. And yes, we still need to.

Some of these women were heard, a few were supported, fewer reported, woefully-few prosecuted … for many, it was the perceived unfixable, broken fall, and the shattered personal pieces that were mosaicked back together in an awkward and deafening silence.

I know what I am writing only too well, it’s my story, one of so many. #metoo

It’s a tired and broken hallelujah. A sighed #metoo. I spoke, eventually, to shift from Victim, and from Survivor, ultimately from all the labels. No matter what had been done to my body, (mind, and heart), no-one owned my soul or spirit. Although my new reality was tangentially very different from my original starting point, I sought wholeness nonetheless. Not everyone heard me when I spoke, I lost and gained family and friends. I learned very quickly that every – not almost, but Every.Single – woman I know has not been unscathed by the patriarchally-evolved misogyny that is alarmingly prevalent today. From rape to cat-calling, it’s ‘just what it is’. Men listening shuffled uncomfortably, but my husband offered me the biggest lifeline of all: unequivocal, active support and love, so together we searched for solutions in what had become our very fragile, uncharted, new reality.

I understand how the Harvey-Weinstein-warnings were muted. Here’s why most women did not report their sexual abuse: any woman speaking up against a high-profile misogynist, (telling the truth, at that), faced public denial and ridicule, and private rejection, followed by defamation lawsuits, career losses, social and professional suicide, with everything to lose. Ask Kwhezi. Except you can’t, because all the wanna-be-King’s men and his horses ensured that she didn’t survive. I am so grateful that Redi held and told her story, and wish Kwhezi would know our hugs, love, and support.

My experiences of abuse were beyond my control, and beyond my physical strength. They cultivated a defiant and fierce independence, a double-edged sword that unleashed a sharp tongue and defensive reactions. I would not allow fear to define me. To be able to fend for myself, I was internally driven to be an independent and successful professional. It was a positive drive, and I’m now privileged to not only enjoy the benefits, but to be doing what I love. I’m a lioness of a mother, surprisingly not a control freak, and I’m a stubborn pain in the ass to my husband-and-best friend. Although my character was already developing in resilience and independence, (was that a trigger for punishing domination?) it was also shaped by the helplessness, and impossibly vulnerable, shattered trust, and pathological, sociopathic psychosis experienced in sexual abuse.

But here’s the thing.

Along the way, I’ve discovered that many men have shared these awful experiences too. This is not a gender issue. And the current expression (by women) in the #metoo campaign is leaving out a lot of people (men) who are even more sidelined now – vilified as men, and left to deal with their own PTSD. This isn’t a gender issue. For the pendulum to swing from patriarchy to matriarchy doesn’t fix this either. Neither should it be an issue of sexual orientation. Gay men are gang raped (by men, go figure?) for being gay, and lesbian women ‘correctively raped’ for being lesbian. Here in South Africa. I couldn’t make this shit up.

Everyone is involved now. I know ‘good’ men, friends and boyfriends, who have participated in locker-room talk, cat-called, hugged (pulled) me closer than comfortable, pinched, grabbed, smacked, slapped, touched my body, judged women’s’ body parts including mine – they’re ‘good’ men because they didn’t actually rape someone? Silence is complicit. I know ‘good’ women too, who have treated other people horribly.

So how do we move forward from here? By stepping up, getting our shit on, and being better, nicer people.

Growing up, leaving entitled-kindergarten 101 behind, and being kinder, softer, more open, willing, and able, to grow a new consciousness. Loving more, and then some. Lowering walls, not heightening them. Having the conversations. Regardless of gender, the cat-calling, body-shaming, locker-room talk, inappropriate comments, conversations or habits, are old news now, with zero-tolerance at that. Don’t be creepy. Anywhere, anytime, ever. Let me jog in peace; unless I’m clearly asking for assistance, that house-key hidden in my hand has laser-focussed surgical skill. Don’t be an asshole. Offer a straightforward, sincere apology, and don’t be a silent bystander. No, it wasn’t ‘just a joke’, it wasn’t funny, I take serious things seriously, and yes, I do know how to lighten up. So please don’t turn your shit around and pin it on me. Participate in creating a new narrative for the collective psyche / consciousness. The old narrative has been around for eons, this is not only our generations’ pathology, it’s a cumulative script – it IS our generations’ to change, and change being a constant, what could better effect long term change than changing this tired, old, mass-collective narrative.

How to cope, where to start? From the outset, to those affected, know that it wasn’t your fault, (you are not responsible for another’s inappropriate-to-criminal actions), and your very birthright is to be loved, loving, and lovable. Accept nothing less. Find help (apps, online, toll free phone lines, community centres, professional therapists and counsellors, and be further directed from there). If they fail you with their own dysfunction, find help somewhere else, don’t give up. Keep moving forward. Be a critical thinker, learn discernment. Trust yourself again, trust your intellect, your judgement, your intuition. Your voice counts, on many levels. Although external and peripheral, be an informed voter; as flawed as western democracy is, politicians are only as powerful as the electorate. The election of an accused rapist into presidency was never going to end well. Use your vote to actively contribute to the shift away from misogyny and misandry.

Counter-intuitive to survival, and contrary to the jungle gym of monkeys in your head, lower your guard. Open up. Let people in. Let love in, again, and again. Learn to say Yes! Break walls down, instead of building them higher, bigger, stronger. Lighten up. Keep the serious stuff open to change so that it can heal. Uncross your arms, unclench your fists, do yoga, extend your body up to the sun. Place a sign on the door saying No Baggage Allowed. The sun will rise every morning, regardless. If you’re still here, drawing breath, then make it work for you.

So what has changed with Harvey Weinstein as the pinnacle of expression in cracking through the facade of sexual predation? There are No More Excuses. Nowhere to hide anymore. There is No Place, anymore, for sexual abuse. And sexual abuse does not stand alone – it’s inexorably linked to emotional, mental, and physical abuse too. And there are multiple complicit people involved. It takes unimaginable courage, support, and professional assistance, to pick up the shattered pieces, but the testament to the human spirit is that it is not only possible, but probable and actual.

The bigger picture is a new collective narrative, creating respect, tolerance, and more love. By speaking and writing, I seek solutions, and keep doing what I’ve always done – moving, learning, growing, and inevitably and constantly changing. I’ve got a whole lot of loving and living to do, and am happily being kept mighty busy doing so.

Read next: #MeToo: If You Can’t Speak It, Whisper It

Why You Should Try Art Therapy 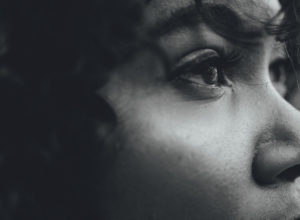