Why leave someone you love?
You’re holding a Snicker bar. You know exactly what’s under that wrapper. Unless you’re a virgin Snicker eater (and for that we pity you), you already know how it will taste, its texture, its ingredients, how it will make you feel, and what the end result will be (you’ll eat it). If only relationships were that simple. If only we knew from the get-go what would happen. How we would feel. How it would end. But alas, love doesn’t work that way.

Anyone who has ever been in love … and left love … will tell you that leaving someone you’re in love with is among one of the greatest tragedies you’ll ever experience. It’s even, I feel, greater than death. In death you have no choice. You’re kind of thrown into the pit and you have no other option but to claw your way out of it or self-destruct. There is no one to blame. There is no feeling of rejection. There is no time for debate. No time for analysing. No time for weighing up pros and cons. For lengthy lists and advice from friends and family. Walking away from someone you love is that much harder to do because you have to make a conscious decision to leave. And you have to accept the consequences of that decision.

Why on earth would you leave someone you love? Because, sometimes love is simply not enough.

After my divorce I entered into a relationship desperate to find love and instead found a beautiful disaster. My relationship had all the red flags right up front. Which is a real pity because I’d feel so much better about myself had there not been any warning signs. That way I could say I’d been taken by surprise. That I was a casualty of war. That I knew no better. But, I did.

From the very start, the moment I held the Snicker bar in my hand, I knew this love was tainted. Under the wrapper, right down to the caramel core. It was tainted.

Within weeks fundamental, recurring issues which we could find no way forward from began circling. There was huge distrust. Open and constructive discussions were simply not on the cards. My partner was unable to think about my needs, made me feel insecure and created waves of self doubt. Eventually, our ‘skinny love’ became so anorexic it faded away. I have been tested often this year and with this came the opportunity to learn lessons. I have lived my life openly.

I have experienced love and trusted the process. I fell in love, watched it grow, watched it change, and watched it fall apart.

These are just a few of the things my failed relationship taught me:
• If a man says he’s not sure about having a relationship with you, walk away before investing another second in him. You deserve more than someone who ‘isn’t sure’.
• If he starts checking your phone/computer/iPad because he doesn’t trust you, know that he will never trust you. Not now, not ever. Nothing will change that and no amount of reassurance will help.
• Abuse comes in many forms. Just because he doesn’t hit you, doesn’t mean he doesn’t abuse you. Abuse can be emotional or verbal and sometimes it’s difficult identifying abuse because there are no physical marks to show for it.
• Trust your instincts. If it doesn’t feel right, it isn’t right. Simple.
• A man who loves you will choose his words carefully when things get heated. If a man criticises your parenting skills, says you’re a ‘bad mom’, ‘poor role model’, ‘unable to maintain a calm or clean household’, he simply has no place in your home. Being a single parent, I found it very hard to have to always persuade my new man that my four-year-old was just a kid, or my nine-year-old was still dealing with the aftermath of losing her dad (my ex husband) and that’s why they didn’t always say ‘hi’ to him when he came to visit.
• You can’t live in a bubble forever. There will come a time when you’ll have to take your relationship into the ‘real world’. Just cause it thrived in the bubble, doesn’t mean it’ll thrive once the bubble bursts.
• If he can’t accept or move on from your past, he will battle to fit into your future. A man who constantly throws your past in your face is not only immature but selfish.
• Some things just won’t work, no matter how badly we wish they would. Sometimes the match that felt so right just isn’t. Please don’t do more damage to your heart by trying to fix something that has passed its expiration date. It will leave you raw.
• You cannot fix every broken person out there. We are human and we deserve kindness. We don’t need to add to the burdens we already carry by hurting others but in the same token, you need to put your own self first sometimes. It’s no good walking through hell with someone, if you’re the one who’s left on the other side.
• And last, but not least, don’t let anyone dim your sparkle. Trust that you have enough to offer any man, and that any man would be honoured to have you by his side.

Read next: The Surprising Reason It’s So Difficult To Let Go

The Light At The End Of The Long Tunnel 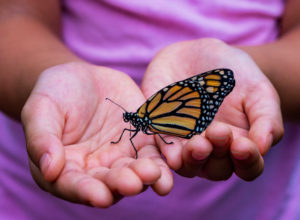