You always hear people say ‘well you can’t take it with you when you die’, and yet as humans we have a tendency to collect and horde. To save, to keep, to stuff.

It’s driven by a materialistic need. A sentiment or nostalgia. The ‘perhaps’ factor: perhaps I will need that one day. Or it’s just a ‘didn’t get round to tossing it’ scenario. Whatever the case, we end up with ‘stuff’.

These stored items often serve no purpose at all. Sometimes they’re pretty to look at for a while or fulfil a need at a certain time of the year, but sit dormant for the rest. And for those lifeless months they’re just clutter.

I know when we moved into a bigger house the first thing I exclaimed was that there was so much storage space. Bad! More space to collect and keep … more space to stash. An unhealthy space that I barely poked my head into, and if I did, I just realised that I should probably clean all that out.

So when I finally got to clearing my house, to pack half a container and move my life a fair distance across the world, the rules of what could and couldn’t come became pretty strict. Is it necessary? Will it work? How much does it weigh? And at the end of the day, what does it cost if I include it in the container?

It was then that I learned the great lesson in life of clearing out.

I hit that storeroom with a vengeance. The start – 6 electrical heaters. Pulled out winter before last because the more recent was so mild. Wrong plugs. Heavy. Definitely not coming with. Done.

Ok. So now? What to do with these lovely 6 electrical heaters?

You buy them. They cost. But the ironic thing is, the moment you walk out the store, plug them in and use them once, they actually hold no monetary value whatsoever. They merely become ‘useful’. And there is a definite and important difference between valuable and useful. Useful is practical. Valuable is holding worth.

So I stared at these 6 somewhat useful heaters in a warm country where summer dominates. The mission of having to sell them on a second-hand site for a pittance was just not worth the effort of posting online, tracking, taking interest and sorting collection (in amongst the logistical nightmare of moving across the world).

So I took those heaters and gave them away. I gave them away. Just like that. A few donated to charity, a few to my helper whose living circumstances were not as fortunate as mine and she would definitely not only use them, but value them more than I had ever done.

And so it was done. 6 heaters. Cleared. Tick.

So some space is cleared and I am one small step closer to being container ready. Onto the next task. And the next shelf.

But the most surprisingly fulfilling part was not that I had achieved a task or was treading through this tedious and necessary chore, but that mentally and emotionally I had just ‘let go’. It was liberating and quite wonderful all at the same time, and it opened a complete floodgate to the rest of the process.

Three years’ worth of university notes, kept. For what? Goodbye! Bonfire with marshmallows.

Old towels and sheets: off to a charity.

Bags of clothing: delivered to a halfway house. Baby items for a now four-year-old: dropped off at a second-hand shop as a donation. Four years’ worth of CDs collected whilst working at a record company: loaded onto a trailer for auction with the proceeds to one of my most heartfelt charities. Kitchen cupboards filled with paraphernalia given to the first person who expressed interest. And so a house was progressively cleared to the basics of what we needed and the bare minimum of what we wanted to take with.

It was at this point that I realised that these material things didn’t define me in any capacity.

Furthermore they were all totally replaceable. I had given. Passed on. Helped others without even doing a thing. Simplified. Gotten rid of the old and potentially toxic. I felt lighter. Better. Happier.

The physical stuff had translated into mental, so clearing one had magically allowed a process on a more subconscious level. And in a strange and ironic way I felt like going leaner had allowed me to grow bigger.

My new philosophy as I set up home on this side of the world is simple: fill up on experiences, not things. Have stories to tell, not stuff to show. And most importantly never underestimate how a good clear out can unshackle your world.

Read next: Abundance Is (Not Always What You Think)

An Open Letter To Pit Bulls 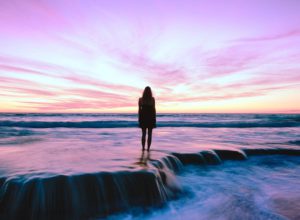