Especially now. The whole world is in turmoil and there’s no escaping it. We’re all suffering. We’re all looking for a way through. We’re all trying to get through this unscathed.

And we’re so caught up in the fear that we’ll never be okay again that we don’t stop to ask ourselves why we so blindly believe that pain should be avoided at all cost. What are we as humans prepared for when we are living in a society that does not even allow a child to ride a bicycle without kneepads?

This trend of living in our soft and cushy comfort zones is something that first world countries advocate to an alarming extent. We are so bubble-wrapped from experiencing pain. We have so many overprotective social rules. And when we do eventually face hardships, pain, trauma, we find it almost impossible to recover.

Because we just don’t know how anymore.

I have seen far too many people collapse in the face of the smallest challenges. I have seen how cognitive dissonance has brought so many of us to our knees. I have seen how, in trying so hard to be so ‘safe’, we are holding our own selves hostage.

But no matter how much we try to cocoon ourselves from pain, it doesn’t work. Just look at nature, look at life’s natural patterns and rhythms, and you’ll see how impossible it is for us to utterly avoid hardship for an entire lifetime. So instead of avoiding it, why don’t we open ourselves up to it instead?

Some of the most resilient people I know are the misfits. The broken, the damaged, the discarded. The ones society doesn’t know what to do with. For some, these people are the ‘awful’ reminder of human hardships. For me, they are the beautiful proof of our ability to overcome. They are the survivors.

I have met humans as young as 5 who have shown me the magic of life. I have seen the greatest love of life flowing from the most tangled bodies, heard the most profound wisdom from the most differently developed minds, and been both inspired and humbled by the joy welling out of unseen scars.

And it was one of my young autistic clients who once said to me, ‘Maybe they (normal people) just don’t know how life really works.’

There are many ways to open a box of cookies. So stop resisting ideas outside your reality. Stop the endless battle against pain and suffering. Stop trying to control things you have no absolutely no influence over. Allow yourself to be outside of your comfort zone. Take delight in the simplest things. And rediscover your own authentic truth.

Be like the phoenix in the Egyptian Book of the Dead who destroys and creates itself like the sun that rises burning from the east and dies burning in the west. The creature that does not regret the discomforts and terrors of mortality any more than it regrets the company of angels.

The magic of life exists outside your comfort zones. And it is your desire to suck the marrow out of life that will push you beyond it.

Read next: Playing With Stillness

Where Is The Love?

Are You The Butterfly Or The Caterpillar?

Breast Cancer: My Before And My After

Finding The Grace In This Moment 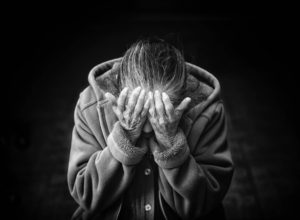