A reflection on adultification bias, and its negative impact.

I grew up in a small town which was a utopia that temporarily shielded us from the effects of apartheid. We lived in harmony, and embraced the idea that we are all equal. You’ve heard of Born Frees? I, and many like me, were Born Free before the term existed. We were raised in an Apartheid Homeland which ironically was the product of the ‘divide and conquer’ strategy of Apartheid, yet we did not practice segregation.

In my small idyllic town, I came to be best friends with a white girl called Larissa Dorman* whose family embraced me as one of their own. For them, it was weird because they were part of apartheid South Africa before they moved to Mafikeng, and I had never been exposed to what is at times the harsh reality of a nation whose majority is still striving to heal. Nonetheless, utopia or not, some of the effects of apartheid would visit our nirvana from time to time in the most insidious ways.

One such incident happened when I was visiting Larissa and her family over the holidays. They had moved back to Johannesburg, and I had stayed in Mafikeng to complete my secondary education.

It was 1995, I was 15, and her parents found used-condoms outside the perimeter of her home which was located in the school precinct where her mother taught. At 15, being innocent, and far from thinking about or even having sex, I had only ever seen condoms in my much elder brother’s bedroom, and learnt about them at school. So, when Larissa came to me with a message from her parents informing me to be discreet with my sexual activity, and at the very least discard my used-condoms appropriately, I was crushed.

Firstly, Larissa was my bestie, my day one. We had been friends from beginning, and had never separated since. She knew my secrets, meaning she knew that I was a virgin, yet she found it okay to relay this ugly message to me. Whether she stood up for me, I don’t know, but she shared this damning conversation which stole a piece of my joy. In retrospect, she was only 16 at the time, so I will chalk it up to her naivety because she was also a child. She couldn’t have imagined that her playing the tale-bearer would bruise my ego.

I was upset, furious even. Why did they think it was me? Why didn’t they ask me if I was sexually active? After all, we always professed that we were family. I was the ebony to their ivory. I was their daughter … or so I thought.

But it turns out that they viewed me as a woman when I was just a child. Apart from the obvious disappointment, I didn’t understand why they would attribute such behaviour to me, but today I learned that this kind of thing is not unique to the Dormans when my friend sent me a tweet from Reddit Cofounder, Alexis Ohanian, that would take me back to that uncomfortable time.

In the tweet, Mr. Ohanian shares a video about adultification bias, which according to the @GeorgetownLaw Twitter account is ‘The perception of black girls as less innocent’. This is what happened to me, and will continue to happen to those I love, those I don’t know who look like me, and just like the 1995 version of me, are children who are just minding their own business until they are forced to confront just how infuriatingly unfair life can be.

I don’t know how to accept racism. I don’t accept it. But I think it’s important to fill one’s mind with light, so that when things like this happen, one knows that it’s not about them. It’s not who they are, it’s just the perception of someone who has at some point made the bad decision to believe a hurtful lie which elevates them and demotes another. So, if I had to give one hack for surviving racism, I would credit my faith. Finding my identity in God has been a life saver for me. I have heavy days, but even then, I refuse to be discouraged.

My relationship with Larissa and her family was not all bad. In fact, we still love each other dearly. They even stood up for me when many apartheid era racists would challenge our friendship and my presence, like when a Durban resort emptied their pool after I swam in it. As amazing as my other family is, they may still have a lot to learn, and sadly, in this current climate it seems to me that asking white people to learn is asking too much. I hope one day hearts will open, so that future generations of innocent black girls won’t have to question why they were betrayed when it was unwarranted.

*Names have been changed to protect the privacy of the people involved.

Are We Going To Stop Accepting This Violent Madness As Normal?

You Can Create Your Own Emotions

Where Is The Love? 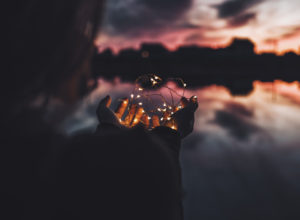