I remember it as if it was yesterday. We were driving home. I have no idea where my sister was, it was just the two of us, my mom and I. We were in my mom’s little Anglia, the very one which I used to cringe at when she fetched me, but now would love to own. The rare type with the slanted back window. Fins and all. That car was indestructible and a total collector’s item (now). It held strong family sentiment, and I remember my mom being devastated when it was stolen one night from outside our house.

It was at some point along Emmarentia Avenue, pretty close to home, that my mom realised that we were being followed. A guy on a motor bike, with a box, and wearing a blue helmet. I remember that post- the-fact. I was in the back of the car and I don’t think I really understood what ‘being followed’ really meant. But memory is a strange and wonderful thing.

My mom mentioned it to me, said we were going to head for home, get to the front door and let Tansy out into the garden. Tansy was my sister’s rescue dog. She was a large yellow breed, cross of Lab, German Shepherd and perhaps a little Ridgeback. She was a strange hound … I still have a scar from a bite. But she was a good watch dog.

So we got home and ran for the door.

Perhaps I need to add a little context. We are talking the late 1970s … so there were no big fences, no electric gates. There was a small brown gate into the front garden, and that is how you accessed the house, through the front door. No secure private access from the garage.

So we ran for that door. And my mom tried to put the key into the lock. But she fumbled, she wasn’t fast enough. The man had followed us swiftly and proceeded to mug her at the door to our home.

It’s all slow motion. I stood on the left of my mom, watching it happen. Me looking up at her and this strange aggressive man. Her fumbling the key in the lock, Tansy barking incessantly. The man ripping her watch and handbag without regard. It must have been mere seconds, him so blatantly taking what he wanted and running off, but it feels like I watched that moment unfurl for so much longer. He came, he stole. He left. We stood on the front porch. Tansy barked behind the locked door. I did nothing. Just watched. Helpless. Small.

That was my first experience with crime. I was four.

It is no secret South Africa has a crime issue, and I am not about to delve into the drastic doom and gloom of the environment we live in, nor discuss what causes it and where it stems from and how we solve the problem, more poignantly, what I have recently highlighted to my daughter is perhaps more of the issue that we tend to forget: this isn’t normal, and we shouldn’t accept it as such, nor teach our children that it is ok to do so.

I had to watch my mom get mugged at age four. Our car was stolen, our house burgled. My home was cleaned out at gunpoint. Family hijacked. I can go on … I’ve made the point. So much unnecessary baggage for a child to bear into adulthood. I now live behind electric fences, beams, and an alarm system. Nightly the WhatsApp group reports gate motor theft, fence cutting, armed robberies, and attacks. An accepted reality which in a first world country is total incongruity. It is almost like it is part of me. It HAD to become part of me for me to survive. And as a parent, I don’t want that for my children.

It was about a week back, just after one of my close friends had a crime incident at her house in the early hours, guns and all, and when I asked her if she was ok, she replied ‘I have to be, right?’.

We have become complacent in our acceptance. It’s become part of life, and we just take it as ‘how it is’. We moan, and then we forget and move on, we say, ‘I’m so glad it wasn’t worse’, and we go back to life with the heavy burden of what it is. We forget that most of the world doesn’t live like this, and we make a subconscious choice to put up with it.

And we carry on. Because it has become our normal. We carry it without even realising that we have it on our backs. This weight. This very disease that spreads and grows. BUT IT IS NOT NORMAL. It should in no way be ordinary, we should not expect it or tolerate it. It is not a world standard, neither should deviant behaviour be accepted as a standard practice within society.

It’s a clear choice to put up with it, or a decision to allow our children to live where the very definition of crime is something else far less serious. Where statistics are not off the scale, where freedom is a right. Where the focus on life is about living, not survival.

And so, I sat in the kitchen looking at my eldest child and I said to her, in response to my friend being attacked, THIS IS NOT NORMAL, so don’t take it as such!

A clear and stunning long-needed realisation that I no longer want to accept it as a part of everyday life. That as a parent I can do better, give her better. It became normal for me, I became indoctrinated over the years, made excuses … and I want differently for her. I don’t want her spirit being corrupted and stained, I don’t want her carrying this unnecessary and consuming load.

That said, the process of change is not an easy one in practice. So what are the options? How do you individually find a solution to a much greater problem?

Emigration and seeking greener pastures, comes with its own challenges … each country has pros and cons. It must be a realistic and informed decision. You give on one level to benefit on another. A friend recently said – first world countries come at a first world price. Benefits, but also hardships.

Many friends have passionately and patriotically chosen to move within our borders to places where life is different, slower. Untouched. More remote.

Others choose to live in housing environments where the big compound walls offer a level of safety, where you can more freely walk and play within that community.

Others I know honestly choose to just downplay it all. To not talk about it. It’s not ignorance, you know it’s there, but you don’t have the privileges others may have, and so you choose not to acknowledge the out of control crime or give it further power.

Whatever the choice, it’s a personal one, and one that I will make in my own way for the benefit of my girls … the most precious beings that the universe entrusted to me.

Read next: That Kind Of Stranger

The Other Side Of Tragedy

The New Anthem For Women’s Rights 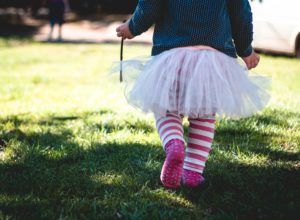