There’s more you can do for your career than just updating, upgrading, and upskilling. People boost their careers in more unusual ways too … and these are just some of our favourite real-life stories …

AKA know your worth. For almost two years Sasha had been asking her CEO for a raise, and every time she braved that knock on the door, her boss shrugged his shoulders and told her it ‘just wasn’t in the budget’. Finally, she quit. She calmly walked into his swanky office with a letter of resignation. But before he even finished reading it he doubled her salary, gave her a bigger office, a new title, and sent her on a new training course.

AKA be unflinchingly you. When Mzwaai decided to wear a bright pink Stetson to the Annual Loerie Awards, he would have laughed if you told him that it would change his career. Oh but it did. Mzwaai and his Stetson made the cover of the Loerie newspaper and caught the attention of hot advertising agency, Hunt Lascaris … they gave him a call.

Or Panda Slippers … Yes, Wear Those Too

AKA don’t be afraid to defy the norm. There were awed whispers in creative corridors all over the city about this multi-talented maverick who would dare to attend the biggest meetings at the biggest agencies with the biggest bigwigs wearing giant, fluffy panda slippers on her feet. For most people that was all they needed to know that they wanted to work with her. Lynn still credits her wild panda slippers as one of her most unusual, most effective career boosters to date.

Put Your Hand Up

AKA do something you’ve never done before. A flustered account executive urgently needed someone to whip up a television campaign for one of his bigger clients and their copywriter had gone AWOL. Before she could stop herself, Lilly’s hand shot up as she heard herself yell ‘I’ll do it!’ She’d never even seen a television script before. But she wrote three options that afternoon, one was approved by client and was airing before the month was out. That little moment launched her career in advertising.

Listen To Your Mother

AKA sometimes you have to do something you don’t really want to do. Fresh out of school, Grace knew exactly where she wanted to be and what she wanted to do, but she had no qualifications and no work experience, and no matter how hard she tried, she just couldn’t get her foot in the door. Her mother though, had a plan. And finally after agreeing to ‘humour her mother’s plan’, Grace gave in and did a touch typing course. Mom was right. That handy qualification got her into her dream industry where she built her own ladder from the ground up and steadily worked her way to the top.

AKA look after your assets. When a friend first told us that the most unusual thing she ever did to boost her career was to quit drinking, we almost replied with a ROFL. But then we were like hey, wait a minute. That’s actually genius. If you’re rolling into work with a heavy head on a regular basis, you’re probably not doing your career any favours. Less the party girl these days, our friend is slaying it in the boardroom, saying she’s feeling lighter, sharper, stronger and more inspired than she has done in years.

AKA grab an opportunity when you see it. When Nikki saw the then Minister of Arts and Culture in a theatre one night, she fearlessly launched herself over the plush theatre seats in a bid to get his attention. It worked. She subsequently secured R9million in funding for her film school … today the multi-award winning Big Fish School of Digital Filmmaking is one of the leading training grounds for aspiring filmmakers in the country.

Read next: Uni’s Not The Only Way

Tips! Working From Home During Lockdown

Just One Career: It Doesn’t Have To Be That Way

Antidotes For The Job Seeking Blues

We’re Loving Yoga With Adriene (and her dog Benji)

It’s Not Just About The Cancer Patient 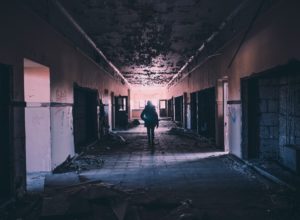