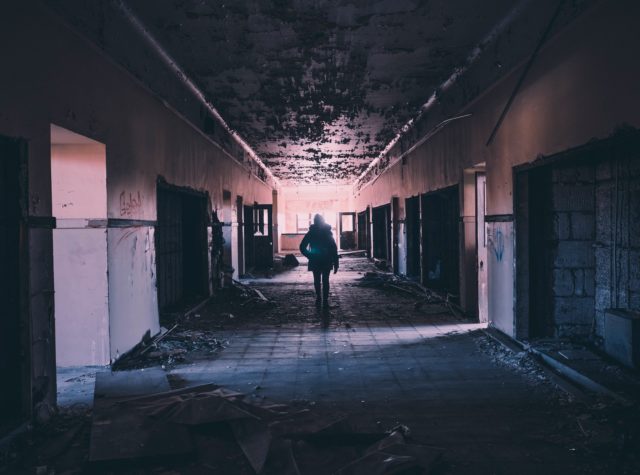 I remember the exact moment that I knew what I wanted to do with my life. I was 9 years old, sitting in English class, writing my first creative story to brief, and as I sat there writing… I felt my soul came home.

I knew then exactly what I would do with my life. I would write. I would tell stories. I would be creative. I would change the world.

Over the years, this ‘big scary dream’ of mine became an even bigger, scarier goal. It was what I absolutely had to do with my life. That and nothing else. It burned inside me like a furious fire that blinded me to everything but my single-minded vision of becoming a successful screenwriter director one day.

And so I hung my every happiness on this blind ambition. I was so fierce about succeeding that I was convinced if it didn’t happen, my life would be over. Not at all dramatic, of course.

I had tricked myself into believing that I would only ever be happy when I had become that successful screenwriter director who had moved and changed the world. I believed that my life up until that point would be utterly meaningless. That nothing else would matter as much as growing up to embody my soul purpose.

What a fool I was.

It took me a while… a long while actually… but eventually I realised that I had placed every single one of my happy eggs into one basket.

When I stepped through the fires that had so blinded me to everything else I had in my life, to everything that was now, I realised that I had so much to be happy about. I may not have been writing and directing big budget feature films – or even indie budget feature films for that matter – but I was writing. And I was directing. I had the freedom to create, and create I did.

I then I realised something else. I realised that I had actually already written short stories, short films, articles, and poems that were moving people. To tears. Not millions of people, not even thousands. But the fact was that my work was already moving people. I had given them something of meaning. And I found deep fulfilment in that.

There is so much else to be happy about. Now. I live at the edge of the Indian Ocean. I can walk my dogs on the beach every day if I want to. Almost every sunset is sublime. I love and am loved. I have flowers, birds, butterflies, trees, and giant fluffy clouds. I have music and art and dance and bellyaching laughter. I have family and friends and one divine moment after another. I have so much.

Sure, I’m still fiercely dedicated to my goal, but I don’t hold onto it quite so tightly anymore. My life doesn’t depend on it anymore. And neither does my happiness. My happy eggs are not all in one basket these days. I take it all moment by moment. With all my happy eggs. In all their different little baskets.

And it feels good.

We’re not machines. Life isn’t a pie. And balance is not a bicycle. Read more about what work life balance really is.

Tips! Working From Home During Lockdown

Just One Career: It Doesn’t Have To Be That Way

Antidotes For The Job Seeking Blues

You’re Not Old Or Ugly Or Disempowered

It’s All About Choice

Making Way For The Menstrual Cup 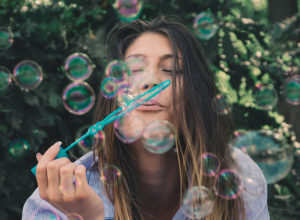